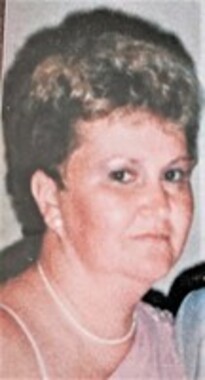 Back to Linda's story

Haverhill, Mass. - Linda Schryver- White, 74 formerly of Manchester, N.H. and Haverhill, Mass., passed away September 30, 2019, in Kissimmee, Fla.
Linda was born in Manchester, to William and Celestina (Van Wambeke) Schryver on March 22, 1945. She was a graduate of Manchester Memorial High School. Linda worked for the New Hampshire Judicial system, C B Sullivan Supply and Gilman Brothers in Manchester.
Linda is preceded in death by her parents, her husband AF 1Sgt Robert E. White and two children Christine Joyce and Robert W. White.
She is survived by her spouse, Leon E.Fuller, her daughter, Ida and her husband Charley Mills Jr. of Fayetteville, Ill.; son Robert M. and wife Kimberly White of Manchester, daughter Judith White and Christopher Mullen of Manchester; and stepdaughter Jamie Lee Baker and Chris Mainville of Amesbury, Mass. She is also survived by her sisters, Sally and the late James Beligianis of Florida and Marilyn and her husband William St. Cyr of Florida. Linda leaves behind numerous grandchildren and great grandchildren as well as several nieces and nephews, which she truly adored.
She was a strong, determined and fiercely independent woman who will be missed every day. She was an active supporter of the USO as well as a member of The First Baptist Church of Manchester, N.H.
A private burial will be in the spring. She will be laid to rest with her husband Robert E. White at Pine Grove Cemetery in Manchester, NH. Interment details will be provided by family once finalized. If you wish memorial donations may be made to charity of your choice.
Published on October 10, 2019
To plant a tree in memory of Linda Schryver-White, please visit Tribute Store.

Plant a tree in memory
of Linda

A place to share condolences and memories.
The guestbook expires on January 07, 2020.