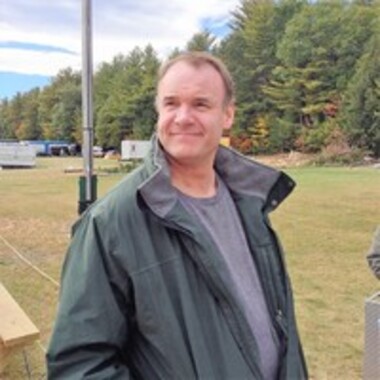 Back to John's story

Sanford, ME - John Michael Thompson, 50, longtime resident of Sanford, Maine, unexpectedly died April 27, 2019.
He was married to Sandra (Camarro) Thompson for over 30 years, and was the proud father of two daughters, Julia E. Thompson and Ellie M. Thompson.
Born September 20, 1968, and raised in Bradford, Mass., John was the seventh of eight children of the late John Thompson, and Antonia (Thompson) Putnam. He attended Whittier Regional Vo-Tech, and studied at York County Community College. John was most recently employed as a foreman at the Paul White Company.
John was a self-taught jack-of-all-trades. Whether it was auto mechanics, plumbing, masonry, roofing, or electrical work, John would research and teach himself the necessary skills. He would then use, and perfect those skills while gutting and re-building his family's home. There was no job too big or daunting that he couldn't learn, undertake, and master.
John was a gun enthusiast and collector, and liked to spend time at the shooting range. He was also a lover of nature, enjoying the woods, camping, and snowmobiling. He especially enjoyed spending time at his family's property in South Hiram, Maine. Above all, John was devoted to his two daughters, the pride and joy of his life.
In addition to his wife, daughters, and mother, he is survived by his siblings, Deborah Day Cummings, Andover, Mass., Douglas J. Thompson, Newton, N.H., Beth Thompson-Young, Paso Robles, Calif., William H. Thompson, Anson Maine, Faith E. Tucker, Lancaster, Mass., Walter A. Thompson, Haverhill, Mass., Leila J. Thompson, Deerfield, N.H., and many in-laws, nieces, and nephews.

A Memorial Service will be held at the First Church of Christ, 10 Church Street, Bradford, on May 23, at 11 a.m. Interment will be private. In lieu of flowers, donations may be made to the Thompson Education Fund, c/o TD Bank, 1237 Main Street, Sanford, Maine
Published on May 23, 2019
To plant a tree in memory of John M. Thompson, please visit Tribute Store.

Plant a tree in memory
of John

A place to share condolences and memories.
The guestbook expires on November 12, 2019.

Restore the guestbook to view the 3 more posts by family and friends, and share a memory or message of condolence of your own.