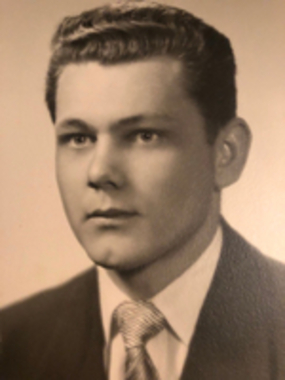 Back to John's story

Cape Coral, Fl. - John S. Marcoux, formerly of Haverhill, passed away Oct. 9, 2019, in Cape Coral, Fla. He was a graduate of St. James High School and had been an avid football player for the school.
He was retired from the Navy. He was proud of the time he spent in Antarctica, and had a Nanatak, a mountain peak, named for his service at McMurdo Station. He was predeceased by his wife, Cance.
He is survived by two sons, his niece, Janice Jennings, and many nieces and nephews.
A remembrance Mass will be celebrated at Sacred Hearts in Bradford on December 7, 2019, at 8 a.m.
Published on November 14, 2019
To plant a tree in memory of John S. Marcoux, please visit Tribute Store.

Plant a tree in memory
of John

A place to share condolences and memories.
The guestbook expires on February 04, 2020.