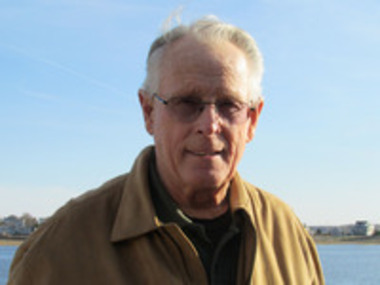 Back to Donald's story

He was raised in Bradford and graduated from the Haverhill Trade School in 1951. Don enlisted in the United States Army after high school and served his country honorably from 1951 to 1953. After the Army, he attended Fitchburg State College and attained a teaching degree in graphic arts.

Don served as the Newbury Harbormaster for 19 years, and retired as Chief Harbormaster Emeritus in June 2001. He also graduated from Northeast Regional Police Institute in Tewksbury, Mass., in 1992, and was a former employee of the Haverhill Gazette, and the Salem Evening News. He was a 32nd Degree Mason with a Meritorious Service Award with St John's Lodge in Newburyport, and was Past Master of Merrimack Valley Lodge of Perfection and Past Master of Merrimack Valley Council Princess of Jerusalem of Haverhill.
Some of Don’s greatest joys were boating, golf, and traveling with his wife, Patricia and enjoying his times with family.
In addition to his wife Patricia (Hertz) Rowell, he is survived by his daughters, Trudy, Jill, Carrie, and Peggy; and his step-children, Stephen and Laura. He also leaves behind many grandchildren, and great-grandchildren. Don was predeceased by his first wife Jayne (Zerfoss) Rowell.

Services will be private. In lieu of flowers, donations may be made to the Hyder Family Hospice House, 285 County Farm Rd, Dover, NH 03820. Assistance with arrangements was by the Remick & Gendron Funeral Home – Crematory, Hampton.
Published on November 8, 2018
To plant a tree in memory of Donald Rowell, please visit Tribute Store.

Plant a tree in memory
of Donald

A place to share condolences and memories.
The guestbook expires on May 05, 2019.

Restore the guestbook to view the 5 more posts by family and friends, and share a memory or message of condolence of your own.