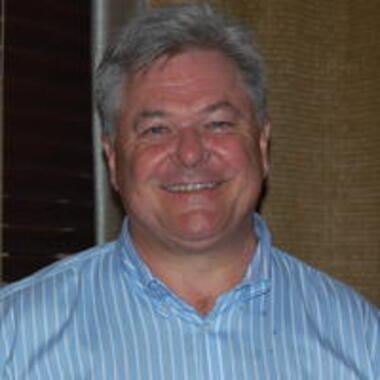 Back to Bradley's story

Naples, FL - Bradley J. Young, 63, of Naples, Fla., peacefully passed away from cancer, surrounded by loved ones on Saturday, June 29th 2019.
Brad was born on an Air Force Base in France. He was the eldest of five boys, who grew up in New Hampshire. Brad attended Timberlane High School then went on to the University of New Hampshire. Brad was proud to be from New England but didn't hesitate to leave the cold weather and moved to Florida in 1977. Shortly after this move, he met his love, Patti. They were soon married and had 41 beautiful years together.
With Brad's bright smile, charming ways, and commitment to being the best, he began a career in food and beverage management. To further his career and education, he focused on produce sales, beginning at Massave Produce in Pompano Beach in 1986. While working and raising a family, he completed his bachelor's degree in accounting from Florida Atlantic University. After living in South Florida for 22 years, he moved his family to Naples, Florida to work for Collier County Produce (Incredible Fresh). As his skill set developed and relationships grew within the business, he ventured into national sales, where he joined Pro*Act for 5 years moved to FreshPoint for 12 years before ending his long, successful career with Premier Produce.
Brad was a proud man who had strong values which he demonstrated daily. He began each day with his devotion to reading. He was known to read as many as 5 newspapers a day. As an avid golfer, he always found time for a good laugh at his own swing. A committed Boston Red Sox fan, he was pleased to watch his beloved team win four World Series. He was a dedicated athlete who played basketball and softball until retirement after a memorable slide into home plate. He made strong friendships as a result of his hobbies. However, one knew they were loved by him when he shared his culinary talents with them. His cooking will be missed by everyone fortunate enough to have enjoyed a meal prepared by him. In recent years, he took his role as Papa to his four grandchildren seriously. He taught them to value and respect the pool, but also how to have fun by showing "see food" or having hockey fights. Brad's generous demeanor will be missed by all that knew him.
Brad is survived by many loved ones including his wife Patricia "Patti", his children Timothy (Alexes) and Megan (Russell), his cherished grandchildren Molly, Colin, Owen and Reed as well as numerous nieces and nephews. He is also survived by his brothers John, Glenn and Scott. Brad is preceded in death by his father John, his mother Marillyn and brother David.
A memorial service will be celebrated on Saturday, August 3, 2019, at 2 p.m. at Shikany's Bonita Funeral Home, 28300 Tamiami Trail So., Bonita Springs, FL 34134. The family will receive friends from 1 p.m. until the time of the service. In lieu of flowers, memorial contributions in Brad's name may be made to the Moffitt Cancer Center Foundation, 12902 Magnolia Drive, Tampa, FL 33612 or to Avow Hospice, 1095 Whippoorwill Lane, Naples, FL 34105. Online condolences may be offered to the family by visiting www.ShikanyFuneralHome.com.
Published on July 25, 2019
To plant a tree in memory of Bradley J. "Brad" Young, please visit Tribute Store.

Plant a tree in memory
of Bradley

A place to share condolences and memories.
The guestbook expires on October 22, 2019.